Since 2005, transcultural adaptation processes of the PCAT instrument, supervised by Prof. Starfield, have been carried out in Spain and Brazil, followed by Argentina and Uruguay. Afterwards, five other countries conducted similar processes, with the collaboration of at least two researchers from the first four countries. During the adaptation processess, differences arose due to local realities and the need to update the tool was identified.

The strong links between the countries that constitute the PCAT Ibero-American Collaboration since 2010 led to the proposal for an internationalization project, which has been carried out since 2016 and involves three moments: harmonization, comprehension, and validity and reliability.

This moment consisted of harmonizing the statements and adapting the content of the PCAT to the Latin American cultural, health and epidemiological context, considering the current scientific evidence and the technological development in the attention processes, and maintaining the theoretical and operative principles of the original model through a regional perspective that capitalizes on the progress made in each country.

It was conducted in four stages of work:

In this phase, completed during the 2016 – 2017, 19 researchers from 10 groups from 9 countries participated: Argentina, Bolivia, Brazil, Colombia, Chile, Ecuador, Spain, Mexico and Uruguay. The network structure supported by the available institutional resources allowed the conduction of this work, fostered by the motivation of the local researchers. This process gave value, systematized and capitalized the experience accumulated in the region, the critical reviews, the updates and the cultural particularities of the nine participating countries.

The most tangible result is the preliminary versions of the set of instruments, called IA-PCAT. IA-PCAT is appropriate to the region and to the current epidemiological and health situation, based on the principles, concepts and original constructs of the PCAT model, the PHC. The geographic and cultural diversity of the participating countries, which includes the Andean Region, the Southern Cone, Mesoamerica and the Iberian Peninsula, allows presuming that the instrument has the suitability to advance in the process of testing comprehension and application even in countries of the region that has not made previous adaptations, making it possible to carry out comparative PHC assessment studies in the region in the short term.

The harmonization process had the financial support of the Department of Health Systems and Services of the Panamerican Health Organization (Washington, DC, United States) for the hiring of administrative support. The members of the working groups participated voluntarily and ad-honorem.

This moment consists of testing the comprehension of the questions of the IA-PCAT questionnaires in samples of the target population in the participating countries of the region.

It is possible that linguistic elements that are inadequate in some cultural or health contexts still remain in the harmonized questionnaires, due to the enormous variability of the spanish language throughout the Ibero-American region, influenced by its evolution in diverse cultures and its coexistence with numerous other languages, as well as due to differences in health systems, and even subsystems, in each country. For this reason, the collaboration tries to obtain evidence that the elements of the questionnaire are clear (do not present doubts or ambiguities), culturally adequate and acceptable (linguistic familiarity, semantic equivalence and use), and the interpretation of the items and the cognitive process Involved in answering do not present significant difficulties for respondents.

The work process will be executed in three stages:

The expected result is the final version of the IA-PCAT instrument.

The comprehension moment has the financial support of the Department of Health Systems and Services of the Pan American Health Organization (Washington, DC, United States) for the hiring of administrative support. The investigators / members of the working group participated voluntarily and ad-honorem.

The evaluation of the metric properties of the IA-PCAT will consist of assessing the validity and reliability of the questionnaires in samples of the target population in the participarting countries of the region.

This moment is crucial for the project, since the results will allow to determine the accuracy and precision of the measurement of the quality of the health services. Validity tests if the instrument measures the desired variables and (the concepts under study), and reliability is related to the degree to which the repeated application of an instrument to the same individual produces the same consistent results.

The IA-PCAT collaboration is consolidating the work team to start this stage, and searching for funding sources that support its development.

The project may be of interest for other regions of the world where the PCAT model is used and a similar harmonization process could be carried out. 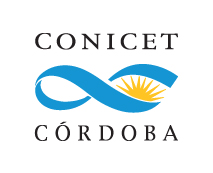